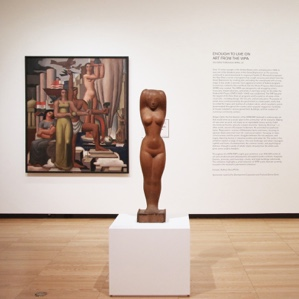 Your current search criteria is: Exhibitions is "Enough to Live On: Art from the WPA".