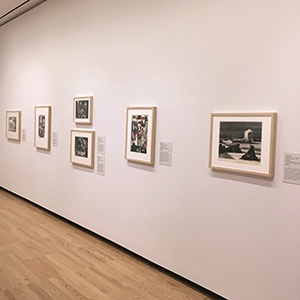 
Pressing Issues brings together work by artists in the 1930s United States who, through their art, produced radical, critical commentaries on the social injustices plaguing the country at that time. Relying primarily on rarely-displayed Works Progress Administration/Federal Art Project (WPA/FAP) prints in KAMâs strong collection of twentieth century works on paper, the exhibition will include approximately 40 works organized into themes of labor unrest (exploitation, economic disparity, and gender inequalities), discrimination and racial violence, and reactions to the rise of fascism. Pressing Issues is especially timely in that it connects this past to the present, as the current political climate in the United States is revisiting similar themes of isolationism and nationalism, populism and fascism, and racial violence. Pressing Issues will be on view leading up to the 2020 presidential election. Given the social and economic upheaval experienced in the United States in the last decade, including the revival of fascist ideologies and the refugee crisis in America, this exhibition provides a visceral and much needed reminder of how visual artists call attention to and combat various forms of oppression.